How to Grow Grapes

We will talk about the berries, about how to grow grapes and the science behind the wine itself. There’s a huge variety of alcoholic beverages that are made pretty much all the same kind of way. They ferment a sweet liquid, and the fermentation process creates some alcohol, and that alcohol makes people silly. You could say that science is the difference between wine though and the rest of these. Gin is a reasonably simple thing to make in comparison to having to grow the perfect grapes with the ideal climate and then turn that into wine. The signs of the winemaking process get really complicated. But we’re going to try and give you the essence of this. Naturally, wine comes down to the berries right the little berries. 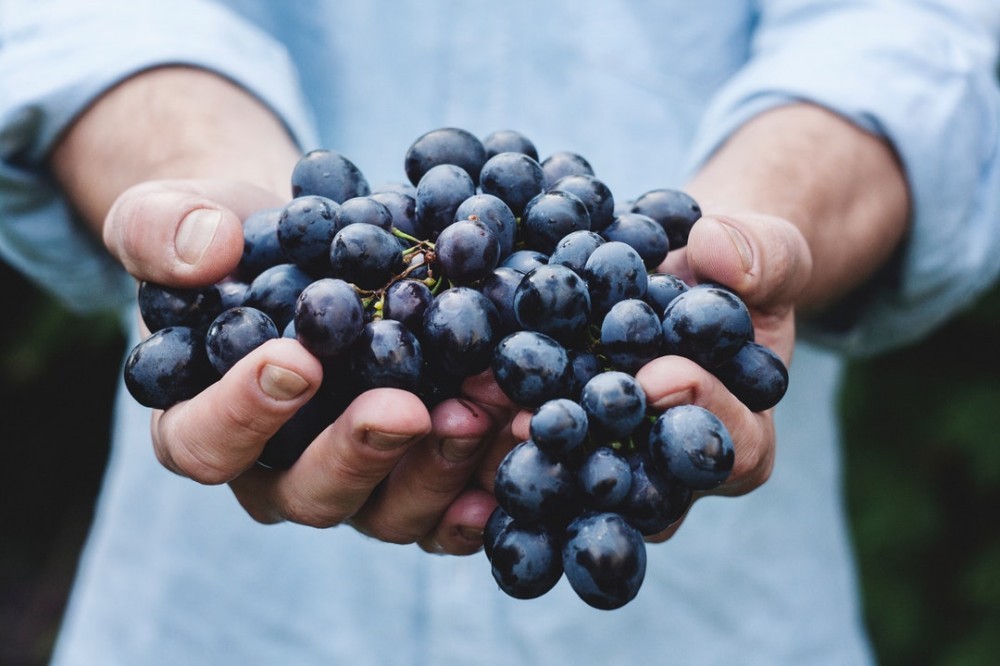 The structure of a grape is actually very simple. It’s got the seed in the middle; it’s got the flesh, and then it’s got the skin on the outside.  Like most fruit wine is actually created from the flesh. But the other bits all contribute. Each of the pieces of tissue has different compositions which means that they contribute differently to how the final product of wine is going to taste. The wine can change just by changing the size of the berry. It can change by how old the berry was when it was harvested. There are so many different little teeny nuances the berry gets nutrients two different ways xylem and phloem.  If you remember biology class, the xylem is the vascular turn a plant that transports water and minerals growth regulators nutrients and so on from the roots all the way up to the vine. It’s also then the phloem which is with the vasculature involved in taking a photosynthate or sucrose transport sugar; transport from the leaves back into the vine and that helps feed the grapes.

How to Grow Grapes in First Period

The first growth period lasts from the blooming of the vines to about 60 days afterward. During that period the first berries are forms. The seed embryos are produced, and rapid cell division occurs every few weeks making the berry grow in size. That will determine the berry size. During the first growth phase, the berry is also increasing in volume.  But the solutes inside of the berry are coming together to accumulate inside. Those solutes are many different things. But the most prevalent is to Taric acids and malic acids. These acids are what gives to wine its acidity and are very important when it comes to wine quality.  They’re developing pretty early on. Other acids are accumulated throughout the growth period. It’s important because of their involvement in browning reactions which is the color of the grape the color of the wine.  Those acids are precursors to the volatile compounds that turn into the smell and the kind of whole experience of drinking the wine.

A very famous part of wine is a tannin. Tannins are the staff responsible for bitter and astringent properties of red wine. We’ll come back to astringency when we talk about drinking wine. These compounds are also believed to be important in red wine color stability. On top of all of those things; those are the things that affect the flavor; there are also things like minerals, amino acids, micronutrients, aroma compound, and those are all present during the first period of berry growth in the first 60 days.

Those acids can affect everything about your wine, and you don’t even get to make the wine yet. So after the first 60 days, the growth kind of levels off before the second growth period starts. And this is when the berry starts to get soft and changed color and become a grape the way that you would recognize it. During this period the berry will often double in size. The solutes are still in there, but their concentration is reduced because the berry is getting bigger. That’s why grapes that are more mature are less sour. This is because their concentration of the solutes is lower. Many compounds produced during the first growth period aren’t just diluted because of the very size. But that depends. It’s different depending on what berry you’re talking about. But malic acid is reduced considerably depending on climate.  Say warmer regions they’ll have less malic acid than a cooler region.  The tannins will decline because of oxidation; just being exposed to oxygen in the air. And other notable aroma compounds produced during the initial growth period are all going to decline as the fruit ripens.

The biggest change though during the second growth period of your grapes is the increase in special sugar compounds. Most notably glucose and fructose. Glucose, simple sugar, fructose, fruit sugar. The increase is a result of a biochemical shift as the fruit ripens.  The onset of ripening is called the veraison.  Sugar becomes just everywhere in the berry. Sucrose is produced from photosynthesis once the berries are filled with sucrose its hydrolyzed into its sugars and becomes glucose and fructose. This process is pretty typical and happens in a lot of fruits.

The Job Of a Winemaker

The job of a winemaker is to watch this whole process and make sure that it’s going the best way possible to make wine. This sounds complicated, and it is. The winemaker doesn’t know only how to grow grapes. The winemaker also needs to know its sugar content and even how the climate, the weather, the variety of grape. How many leaves there are around. All of these different things, the soils, everything. All that so they can take it off the vine mush it up and just ferment the crap out of it until it’s delicious wine.

Seed In the Middle

In the end, these are plants and for plants isn’t the most important thing how to grow the grapes and produce the wine. A plant’s job is to produce fruit so that that fruit can then create more plants. The reason the berry is there is that it has a seed in the middle. The priority of that plant is to drop that seed. So during the first growth period, the seeds are tart and sour and not very enjoyable for animals. So animals don’t eat them. But during the second growth period, the seed is ready to start a new plant, and the berries get super yummy.  I’ve eaten berries right off of the vine.  Cabernet berries are very sweet. They’re super sugary. Way more than the big plump ones you get at the store. Now you know why. It’s because the big plump ones aren’t as consolidated with their flavor. But because they’re so little and so delicious looking birds are going to want to peck it right off the fine and then go poop it out so that it grows a new plant. That’s the job of the vine. Of course, wineries don’t let that happen. They want to take the berries off the vine before they get to that point so they can turn them into wine.