Why is French Beaujolais Wine Something Special? 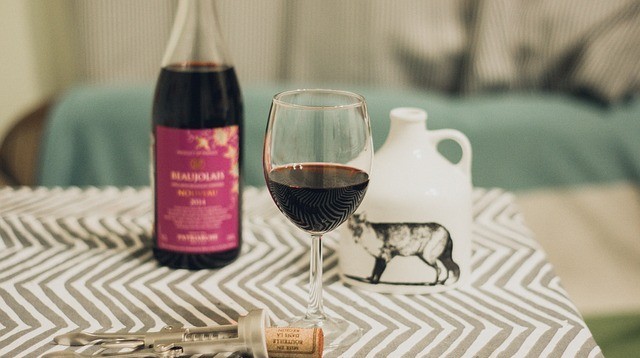 Why is French Beaujolais Wine Something Special?

Beaujolais is a province in southern Burgundy, France, where grape varieties of Gamay grow very well on the granite soils. The French precisely prescribed the production process for Beaujolais, and in a few years, they had created a real specialty from that wine. Wine lovers are waiting for new wine annoyingly every year around the world. Grapes are processed by a special process of partial or complete carbon maceration. They place whole grapes in large containers, which can measure up to 30,000 liters, and the weight of the grapes makes the grape berries in the lower part of the container crush out. The fermentation begins, where CO2 has filled the container. This is called partial carbon maceration. However, if they add CO2 into the container, they create the conditions for complete carbon maceration, which is faster and enables the creation of various Beaujolais styles. This accelerates the secretion of aromatic substances from strawberry to juice, but not tannin.

The process of carbon maceration in the atmosphere of CO2 takes about four days, resulting in the fruit flavors of the wine (especially the sweet root, bananas, cinnamon, and the like). French Beaujolais wine is fruity, fresh, and drinkable, so it satisfies a lot of people. It is recommended to drink it in a short time as it’s possible, or up to a year, but there are some exceptions. One such is Beaujolais Villages, which can withstand even longer.

Attractiveness On the 3rd of November on Thursday Afternoon

The French Beaujolais wines would probably never achieve such fame and recognition of the media if the French would not accept the rules that French Beaujolais wines could be served and sold only from the 3rd Thursday in November after midnight. This was an excellent marketing move, which made the wine a real star. Wine is delivered to shops and restaurants all over the world, and people are eagerly waiting for the twelfth hour when they can try the first glass of the young wine of the newest year. Inserting the pipes into the Beaujolais barrels often turns into big events, where local celebrities, educators, and other social event collectors are gathered.

A few years ago, Slovenes were also happy to join the worldwide phenomenon of waiting for the young Beaujolais wine, accompanied by social events, culinary evenings, and tastings. Of course, we do not have to wait for a young wine from France because we have enough of this type of wine in our cellars. World wine connoisseurs have already highlighted several Slovenian young wines, which are quite excellent. For example, in the vicinity of Metlika is a very well-known young wine from “Blauer Portugieser” grape. In the Vipava and Brda wine-growing areas, young cabernet sauvignon and merlot are already ready for degustation in late autumn.