Climate and Viticulture in Slovenia

Viticulture in Slovenia has been around since the days of the Celts and Illyrian tribes, long before the Romans developed vineyards in Gaul, the Iberian Peninsula, and Germany. It made very rapid progress after the collapse of independent Yugoslavia. Today Slovenia is one of the most prosperous wine regions in Central Europe.

Viticulture in Slovenia Is Divided Into Three Wine Regions 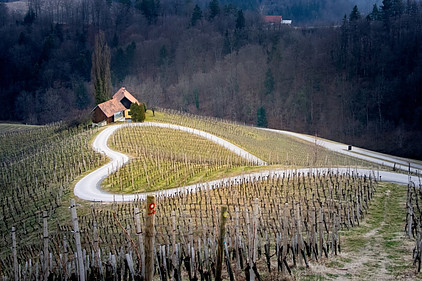 Slovenia is divided into three wine regions: the Drava Valley (Podravje), the Sava Valley (Posavje), and Primorska, a region on the Adriatic coast. They are subdivided according to the terroir and its constituent elements (climate, soils, etc.) into nine sub-regions: Goriška Brda, Vipavska dolina, Kras, Istra, Bela krajina, Dolenjska, Bizeljsko, Štajerska, and Prekmurje.

The climate plays a very important role in the wine positioning of Slovenia, in Central Europe. Located between the southern slope of the Alps and the shores of the Mediterranean, viticulture is subject to climatic hazards which can cause the harvest to varying from single to double and influence the quality.

The climate in eastern Slovenia is continental. July and August are the hottest months, while January is the coldest. The coldest temperature ever recorded is −17 ° C, while the highest temperature is 37 ° C. Frost is possible from October to April. The rainiest months are the months of June to November, with more than 100 mm of precipitation. The driest months are January and February, with around 30mm of precipitation.

We Can Cite Two Types of Climate Which Follow One Another in Slovenia:

– The Northwest enjoys an alpine climate with moderate temperatures in summer but cold in winter. The Adriatic coast and most of the province of Primorska (the westernmost) enjoy a Mediterranean climate with warm sunny days and mild winters.

Most Favorable For Viticulture in Slovenia Is the Continental Climate