Let me explain a little bit about the grape. We’re talking about grape and wine. We’re not talking about table grapes here because here in wine country Slovenia; we don’t grow table grapes. A table grape is a big bowl of juice with lots and lots of water. A wine grape is a little grape with lots and lots of skin. The skin is where all the flavor is. So the different regions must be suitable for different purposes. The southeast Slovenia where we live, which is the Dolenjska region(Lower Carniola), is very remarkable in the wine world, and that’s because of the diversity.

Red Grape and Wine in Burgundy 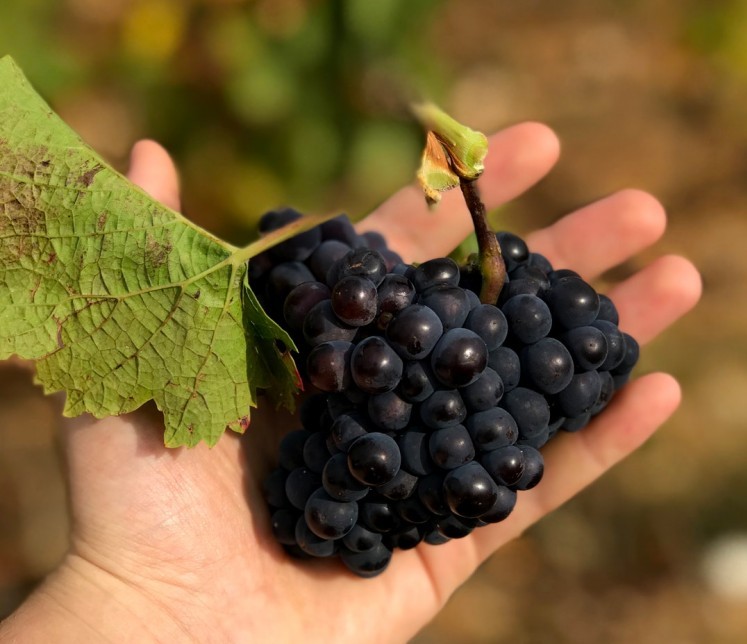 If you’re a winemaker in Burgundy, France, you will spend most of your life making wine from five or six grapes. Like Pinot Noir, maybe Chardonnay, maybe some Moscato,  Pinot Blanc. Those are the grapes that grow there. It’s very controlled, but it’s also because that particular climate supports those grapes very well. Suppose you live in Bordeaux while making Cabernet Sauvignon, Cabernet Franc, Malbec, Merlot, and Petit Verdot. Those are your reds.

White Grape and Wine in Burgundy

And then you make your Sauvignon Blanc and your Semillon. That’s pretty much the weight you got to work with. Once again. It’s very regulated, it’s very standardized, and that’s what grows well there. In small Slovenia, we grow many different kinds of grapes. That’s remarkable. Why? We call it microclimates. We have all these tiny little climates. We have all these little areas of different geology.

And, for example, Napa Valley. Napa Valley, which is only 30 miles long and 5 miles wide, has more than half of all the soil types in the world in its little microcosm. If you start in the southern part of Carneros, Los Carneros, right by the bay, it’s very cool. But as you travel up the valley, it gets warmer and warmer, almost a degree per mile. So it can be 60 degrees down in Carneros, and all the way at the top of the valley in Calistoga, it can be 90 degrees Fahrenheit simultaneously. 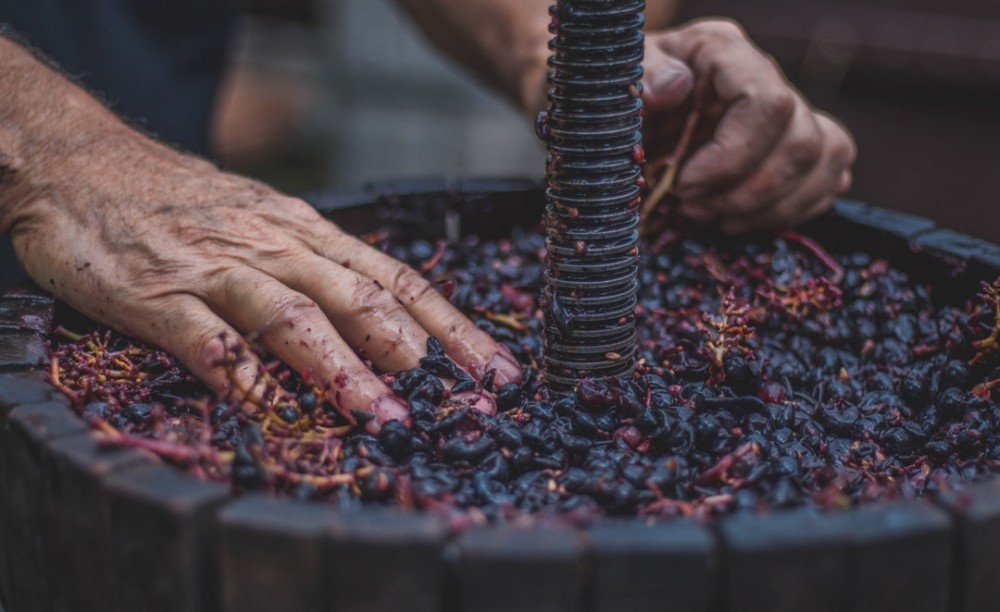 Down in the bay area, they’re growing Chardonnay and Pinot Noir, the grapes of Burgundy. Up at the top, there are growing  Cabernet Sauvignon and Merlot. The Grapes of Bordeaux, even the grapes of Croatia Zinfandel. Years ago, a tremendous amount of Zinfandel grew at the top of the valley. This is all in the same 30 miles.

Winemakers From All Over the World

As a result, makers come from all over the world to work here because it’s like being a chef; imagine you were a chef and spent your entire life working with salt, pepper, mustard, ketchup, and maybe some Cayenne, some red pepper. And suddenly, they let you into a restaurant, saying, okay, we have 150 different spices. Oh my gosh, you’ve died and gone to heaven. That’s why winemakers love coming to Napa Valley. And so they have winemakers from France, from Australia, from Italy. From all over the world. And it makes for an exciting community, depending on where you are. Particular grapes will dominate Napa, the most famous for its Cabernet Sauvignon. It is also well known for Cabernet Franc, Merlot, Malbec, and Petit Verdot. Those of the classic five red varietals from Bordeaux.

Why Five Types of Red Grapes and Wine?

Why five? These are the grapes that they grow that worked well in Bordeaux and that they could blend well. They have a shorter growing season. So they would get caught out by the fact that this year, one grape or another would do better or worse. And maybe with rain during harvest or maybe would get you to know hail during the flowering or something. They would have to blend back and forth to get a well-balanced wine.

Good Condition for Grape in Napa 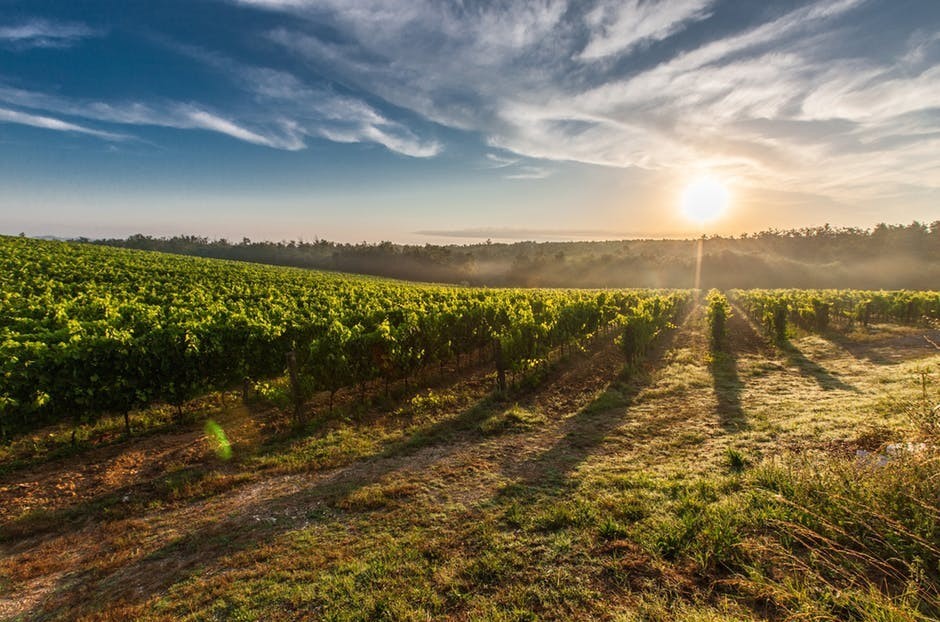 In Napa, they get good conditions, usually seven years out of 10. In Bordeaux, you get good conditions two years out of 10. And they have a very long growing season. So it’s straightforward for them to get their grapes fully ripe most years. Bordeaux rarely sells a hundred percent cabernet sauvignon, even a hundred percent Merlot. In Napa routinely do that. Though many of the Cabernet Sauvignon. People here are 75% Cabernet lovers, then maybe twenty-five percent Merlot or a little bit of Malbec. Or something to round out the flavor.

Cabernet Sauvignon was a very popular grape here for many reasons. First of all, it’s a big producer. Too, it achieves a very high price. Now, big production, high price. If I were a grower in Napa, I’d probably be growing Cabernet Sauvignon. The other thing about it is that it has a very thick skin which makes it very resistant to bugs, birds, terrain, whatever. The challenge is that thick skin means that the sun has to work very hard to go through that skin to make enough sugar. But here in Napa, they don’t have just sunshine. They have multiple levels of sun. They have sunny days, they have plentiful sunshine, they have plenty of sunshine, and then they have abundant sunshine. That’s the day when you need your hat and your darkest sunglasses, and you look for the shade. It’s fantastic for grapes, especially Cabernet Sauvignon.

The next big grape and wine after that is Merlot. I think that one of the reasons Merlot became so popular, besides the fact that it’s a lovely tasting wine. Is the fact that it’s easy to say Merlot. You know, you’re in a bar, and you will order a glass of wine. You want to impress the girl you’re with it. You can say, hey, give me Merlot. It’s a lot easier to say than give me a Cabernet southern or something instead. Or give me a Gewurztraminer or something like that.

Another Reason for Merlot’s Popularity

All right, but that’s one of the reasons that Merlot became so popular. Besides, it’s a big fruity comfortable wine. It doesn’t have a lot of tannins. Tannins, many times, will get people headaches. Tannin requires wine to be aged for a long time. So you can turn that Merlot around faster.

Now there are other wines that are important also. They’re a part of that Malbec.  Malbec is becoming more and more popular. Most people know their Malbec from Argentina. And Cabernet Franc, the grape very similar to Cabernet Sauvignon. But the skin is thinner.

One Family of Grapes and Wine

Then there’s the white version of Bordeaux’s Sauvignon Blanc. Now, why am I bringing all these up? Because what I’m talking about here is basically the family. Cabernet Sauvignon is the child of Sauvignon Blanc and Cabernet Franc. These two vines were beside each other in the vineyards, and they got a little, you know, little collusion was going on a little cross-pollination there, and they developed what was called a clone. And that was Cabernet Sauvignon developed several hundred years ago. And it will outproduce the other grapes.

The Cabernet Franc will ripen a little bitter in Bordeaux, where they have a shorter season. They’ll fill them with a Cabernet Sauvignon.  If you’re on the other bank, it’s mostly Merlot.  That’s a little-hidden secret that people think these are simply the Bordeaux blend.  Depending on what side of the river you’re on.  What’s interesting is that the most famous vineyards in Bordeaux are actually planted on reclaimed land that was reclaimed by the Dutch back in the 1700s. 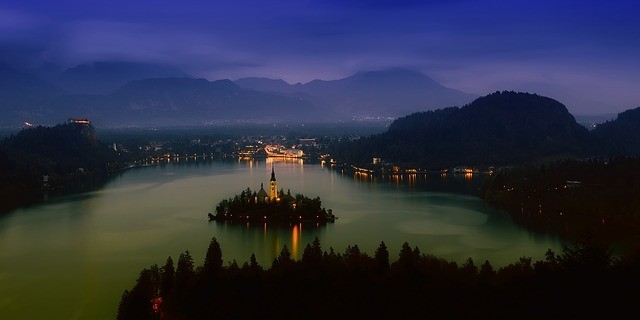 Dolenjska(Lower Carniola) region in Slovenia is very different; we’re blessed. Regarding all the places on the planet, I felt that Dolenjska was most blessed by nature. And considering that we’ve really not done much to change. Dolenjska, it’s fantastic. The conditions we have and the temperature levels are just about perfect. But Dolenjska does not live here in splendid solitude.  We have a lot of different regions and conditions in such a small country.

So that is the fundamental difficulty for someone organizing a wine holiday in our country. Stay in one region, enjoy one place, or maybe try several regions? Of course, it is also important if you stay for a long or for a short time. If you stay longer than a week, you can indeed divide your time into different places.