Grapevine Flavescence dorée is a significant grapevine disease caused by phytoplasmas. It is caused by the phytoplasma Flavescence dorée (FD). Its spread is connected with an insect carrier – the American grapevine leafhopper (Scaphoideus titanus Ball), which transmits phytoplasmas to uninfected plants. Phytoplasma FD is included in the list of quarantine pests in Europe, so special measures are in place to prevent its spread. Recently, the disease has been increasing and is considered one of the more dangerous quarantine diseases.

Symptoms of the Grapevine Flavescence Dorée 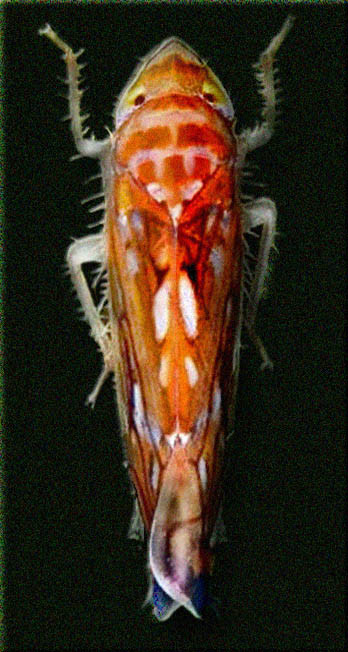 The disease signs between different types of Flavescence dorée, caused by different phytoplasmas, cannot be visually distinguished. They are usually visible only on the grapevine (Vitis vinifera) and are expressed differently in different varieties. The presence and form of disease signs also largely depend on the physiological state of the plants and weather conditions. The disease causes poorer growth, lower yield, and death of canes. Infected canes grow later and unevenly in the spring. Otherwise, disease symptoms are most pronounced at the end of summer and intensify in early autumn. The leaves of infected plants turn pale and prematurely turn red in red varieties, while a golden yellow coloration is observed in white varieties. The leaves curl inward, are stiff, mature faster, and crumble when crushed. The leaves of infected vines usually fall later than those of healthy ones. After flowering, the clusters drop off more, and the developed berries wither and dry. The disease causes petiole wilting, which rots and splits and remains on the cane long after the vegetation has ended.

Symptoms also appear on wood. This ripens less well, which is why the canes droop on the infected canes. On heavily attacked canes, irregular alternation of woody and non-woody parts can be observed, and cracks and necrosis may also appear. The internodes are short, and the leaves on the stamens thicken and begin to overlap. Symptoms of Grapevine Flavescence dorée can be easily confused with other physiological disorders, such as magnesium deficiency, or infections with other grapevine diseases, such as the viral leaf curl of the grapevine. Grapevine Flavescence dorée is characterized by occasional healing and disappearance of disease symptoms, which is only apparent. This presents a problem in controlling the spread of the disease.

Phytoplasma FD is an obligate parasite that inhabits the conducting tissues of the grapevine. The causative agent of Flavescence dorée is transmitted by the American grapevine leafhopper, which feeds by sucking plant juices from grapevines and thus spreads the disease from infected to healthy vines. In addition to vines, the source of infection can also be other cultivated plant species, such as common sedum (Clematis vitalba), black alder (Alnus glutinosa), and large linden (Ailanthus altissima), which are known to be hosts of various causative agents of Flavescence dorée. Phytoplasmas on vines overwinter on one-year-old wood; symptoms appear the following growing season. Larvae and adults of the American grapevine leafhopper are infected with phytoplasmas in the spring. The incubation period begins, which lasts four weeks, after which the infectious stage appears, during which the infection spreads. The phytoplasma enters the cane by feeding the American grapevine leafhopper. Grapevine Flavescence dorée is also transmitted through planting material. Usually, the source of infection is grafted that are still in the incubation phase of phytoplasmas and do not show symptoms of the disease.

Preventive and curative measures are vital to preventing its spread.

Removing infected vines and all vines showing signs of disease is mandatory in areas of infection. The vines must be removed with the roots. Otherwise, infected shoots may sprout from them, which is the source of infection. The phytoplasma that causes Grapevine Flavescence dorée can also be transmitted by infected grafts or rootstock in vegetative propagation. Preventive measures include using healthy planting and parent material in cane production. Removing other host plants like Clematis vitalba is recommended in vineyards and their surroundings. This measure must be carried out in reed beds, nurseries, and nurseries.