How the Cognac is made

Do you know how the cognac is made? Since ancient times the process of distilling the spirits of natural ingredients like fruits and grains into alcohol has been both a science and a mystery. Distilled spirits are called spirits because they represent the essence of what they’re made from and so the whole idea of spirits was a little bit mystical.

A Short Overview of How the Cognac is Made 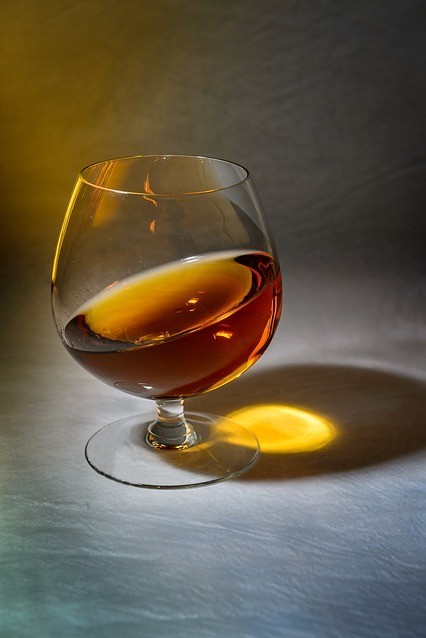 The process itself is quite simple. In distillation, liquids are separated from each other when they’re converted into vapor at different temperatures in the case of fermented liquids. The distiller must keep his fermented liquids below water’s boiling point of 212 degrees Fahrenheit for alcohol to boil off at 173 degrees Fahrenheit. The alcohol vapor rises into a condenser where it cools and returns to a liquid state. This distilled alcohol is the basis for all liquor. From there it will be bottled aged or mixed with other ingredients to create a specific alcoholic beverage. One perennial and popular spirit is brandy.

From Where the Word Brandy Derived

The word itself is derived from the Dutch word “brandewijn” which means burnt wine. Brandy is the distilled essence of an alcoholic fermented product made from in most cases fruit, but also it can be made from other things as well. The origins of brandy can be traced back to the Muslim Mediterranean states of the 7th and 8th centuries. Their Arabian chemists experimented with distilling grapes and other fruits to make medicinal spirits. However, the refined brandy that we know today was developed in the 16th century by Dutch and French wine merchants. It was started because of the wine that was being made in the area which is now Cognac. Because Cognac was on the Seacoast, it was being shipped to Holland where the Dutch drank the wine. But they were finding, that it was because of the long sea trip, that the wine would not be so wonderful when it arrived in Holland and also was very expensive to ship large quantities of it.  So the wine producers got the brilliant idea as well.  Why don’t we just concentrate on this wine? Why don’t we distill it and then when it gets to the other side when it gets to Holland they’ll just add water, and they’ll have the wine. Obviously, you can’t reconstitute wine that’s been distilled into wine again. But when the distilled product got to Holland everybody said: “Hey we like this. A lot better than the wine you were sending us so keep sending this distilled stuff”. So this is the reason why cognac was made.

Today brandy made of grapes remains the predominant favorite at the Christian Brothers Distillery in central California. The grapes are first fermented into wine which is then distilled into brandy. This is the first step in the process. This is where they’re bringing the wine into the distillery through charge tanks. Their charge tanks are set up to splashback the wine in and to aerate the wine at the same time. What they’re trying to do is remove any of the gases and trap gases from fermentation. This allows their still to balance out and run smooth and make a better brandy. The distillers regulate every aspect of the process. Christian Brothers use a continuous rectifying still to increase the flavor and complexity of the brandy distillates.  First, the wine travels through a so-called stripper column where the alcohol boils to a vapor. Then the vapor enters the rectifying column inside. Over two dozen copper plates act like stacked stills to create their separate distillation. Each section differs in temperature by about 1/2 degree. The higher the plate, the higher the alcohol content. The remaining vapor will continue to rise until it condenses following downpipes toward the bottom. Brandy concentrates a good many of the congeners that are found in wine. The desirable attributes and not just the alcohol. But you’re looking at the floral and the fruity essences that are in wine that are concentrated down.  The result is a strong quality brandy at an affordable price.

So How the Cognac is Made

But brandy also has a very desirable and very expensive elite relative called cognac. It comes from the Cognac region of France. One of the premier distillers of the drink is the Courvoisier. A company established in 1843. So they probably know how the cognac is made. The region itself makes a specific type of brandy. Not all Brandy’s are cognac, but of course, cognac is always a brandy. The reason for that is because of a specific type of soil and a specific type of climate. That creates from the grapes exactly the right distillation that to go into a very specific and special brandy.  Every aspect of the liquor and its distillation is controlled by a strict set of regulations including the types of grapes that can be used. They’re all white grapes.  It represents the very large majority. So probably 95% to 99% come from that area.
Cognac is one of the few Brandy’s where the wine is distilled twice to bring every bit of flavor out of it. The entire process takes 24 hours during every step of the process.

The Importance Of the Nose

The young cognac is tested for quality. The nose is an essential tool for testers. Of course, we have a sip some time, but when you train your novel tasting, you can detect a lot of different flavors. When the distillate is approved, then it’s ready for aging. This process is always done in custom-made oak barrels. Such an oak is very expensive because this is 200-year-old oak that they’re working with. It’s impressive when they start putting together a barrel. There is a whole series of the stage that they just seem to pick one up after the other. And they seem to know how to select exactly the right number of the stage to make a perfect circle.  There are never any nails involved and what they do is they shape this over a fire. So while they are putting together the circle, they are also starting to pull in the base so that they’re rounding it correctly. And one that gets the end of the process they always have a perfect barrel. Such care is given to the barrels because it’s here where the cognac’s main qualities are brought out over time. Because wood is porous. It allows air to combine with the spirit permitting slow oxidation. That creates flavor. Contact with the wood itself also affects flavor as well as giving the cognac its distinct rich color.  Cognac can be aged anywhere from three years up to 60 70 80 years. Now, normally when we get up to over 50 years anywhere from 50 to 70 or 75 then we hit the peak when it is at its best, and we’re very careful at that time to take it out of the barrel and put it into the glass where it’s not going to change anymore.