Let me start this blog with Interesting facts about Slovenia with caves. Slovenia is known for a lot of things, and one of them is its vastness of caves. There are a lot of caves beneath the ground in Slovenia, over 10,000 of them, and every year they find another hundred. The largest one is longer than 20,000 meters which are 67 thousand feet. Postojna cave, in particular, is also home to a tiny little creature called human fish. That animal can go up to ten years without any food, and its body is completely adapted to darkness and can live up to a hundred years. This is the first interesting fact about Slovenia. 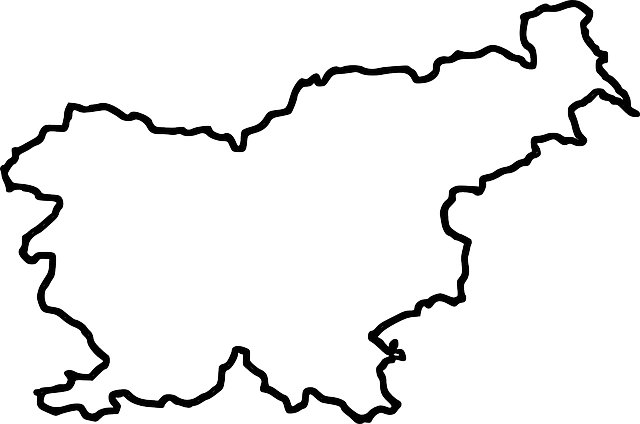 The coast of Slovenia is also beautiful but is very, very, very small. It only expands up to 43 kilometers which is 26 miles, and the coast surrounds the Adriatic Sea. The Adriatic Sea then goes into the Mediterranean Sea. And the Mediterranean Sea goes into the Atlantic Ocean. So when you’re at the seaside in Slovenia, you’re bathing in the sea, not in the ocean. That’s why it’s much calmer than in California.

The shape of Slovenia on a map is like the shape of a chicken. There are more than 21,000 hectares of vineyards in Slovenia, or fifty-three thousand acres. We produce up to 52 different types of wine, and approximately each Slovenian drinks about 40 liters of wine per year. 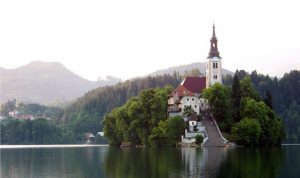 A lot of pairs decide to get married at Bled in the church, and that church is actually on a tiny island on Lake Bled or “Blejsko jezero,” and it has a lot of stairs, and usually, the groom has to carry up the bride up the stairs up to 90 stairs.

Ever heard of Planica? Well, it’s the biggest jumping hill in the world Planica is known as the mother of all jumping hills.

Slovenia is covered by forest. That’s why it’s in a third-place after Sweden and Finland in the general forest coverage of the country. There are above 1 million hectares of forest in Slovenia, which is 2,5 million acres.

A lot of movies were filmed in Slovenia because of its vast landscape and beautiful nature. One of them was Narnia the other ones are Death train, Armor of God, Captain America, and many more. 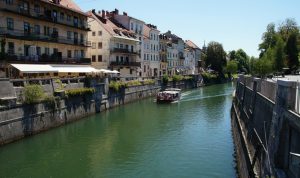 If you happen to be in Ljubljana and looking for a place to rest, I recommend hostel Celica, which served as a prison for hundreds of years. Hostel Celica is also a part of Metelkova, a cultural center of arts and crafts. It’s the center of so many different things. Still, if you want to experience how it is staying in prison, you should go to the hostel Celica. Volunteer to spend the night behind bars and still have fun. The most authentic experience of the Cell is in the cell. 20 former prison cells are waiting for you, converted into rooms with an artistic concept and a unique story.

From gray to color. The cells of the military prison have become modern rooms, full of life, energy, and colors. Today’s original grilles on the doors and windows serve only to accentuate a really cool experience from custom to art. Simple prison cells have been transformed into unique art rooms.

Slovenia is a baby country. It is only 26 years old. Despite popular belief, it is a part of Central Europe and not Eastern Europe, as many people think. Also, it was never part of the Soviet Union. It was part of Yugoslavia, two different things, and I want to hear that out.

It is likewise home to the smallest mammal on this planet weighs only 2 grams, and it’s called the Etruscan shrew.

The oldest vine that God placed in the Guinness Book of Records is indeed from Slovenia.

The Last Fact Among Interesting Facts About Slovenia

It is the 45th smallest country on this planet. The size of it is two and a half of New York City’s, three of Tokyo’s and Chicago’s, etc.

You can read more about Slovenia in the book “Lonely Planet Slovenia.”