Of course, when visiting the Napa Valley, we first went to the wine cellar of the legendary Robert Gerald Mondavi, where the story of Napa actually started in earnest. Robert, a descendant of Italian migrants, was one of the pioneers of modern California winemaking. Although an economist by training, it was his family’s viticultural roots. Finally, the disputes within it led him to decide to build one of California’s most important cellars in the center of the Napa Valley in 1966. A passion drove him to create wines that would compete with the world’s best wines t. i. of the old world. With his innovation and daring, he has put the Napa Valley wines and the American wine sector on the world map. Let me mention the creation of white variety fermentation in stainless metal tanks, which is the standard of modern cellaring today. Pa fumé blanc became synonymous with the then unpopular sauvignon blanc, and Robert elevated it to one of the more prized white wines by maturing in oak barrels. We certainly cannot ignore the consumer-friendly promotion of wines with a clear indication of the variety of wine on the bottles’ labels, common today for New World wines.

Visiting the Napa Valley Is a Must-Do for Wine Lovers 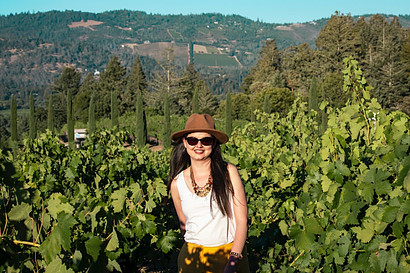 In Napa, they cannot afford not to grow cabernet or chardonnay here (besides merlot, zinfandel, syrah), as the conditions on calcium-rich soil are downright ideal. After the wine evaluation in Paris, the agricultural land prices have skyrocketed. Today, they are one of the most expensive vineyards globally, reaching a staggering cost of several million euros per hectare. The wines are large, complex, with an incredibly long aftertaste that lasts. These are wines that you can “forget” for a decade or so in the cellar and will only get better when opened. The Napa is a must-visit, the valley is beautiful, and the wines memorable. But be prepared for road traffic and especially the high prices that start at $ 20 for standing tastings of primary wine lines and continue at $ 40 for higher-end wines, but can also climb to more than $ 100 if you can afford to rest your butt overlooking unforgettable vineyard hills or pampering the palate with specially matured wine lines with carefully paired snacks of local delicacies.

Wine Should Be Evaluated Only After the Third Sip

Today, one of the more enormous cellars combines its multi-million production of cabernets, chardonnays, sauvignon, and other varieties for various occasions with art and cuisine. Despite the exceptional size of the cellar, they manage to approach even the most demanding wine connoisseurs with a personal approach and various experiences. Doug, a sympathetic senior guide, was waiting for us at the door, and luck smiled on us. Instead of in the company of two newlyweds who missed the tasting due to the long night, I had an individual guided tour of the cellar. Doug, who can boast a doctorate in enology, took me through the cellar and the winemaking procedures with unusual simplicity. I was intrigued by the experience of tasting the wine. Those of us who know wine a little better know that sometimes we are overwhelmed by many aromas’ perceptions. Doug entrusted me with his tasting philosophy: he tries each wine in three steps. He says that we too often do injustice to wine because we judge it after the first sip. But wine should be evaluated only after the third. Why? He bases the method, which he calls “three sips in three minutes,” on the human oral cavity’s simple operation. The first sip is needed for the taste buds and other taste buds in the mouth to sense that we have put wine in the mouth and to feel that this is different from the previous taste. In the second sip, the oral cavity adapts to the new flavor of the wine, and only the third sip is then the one in which you really perceive the authentic taste of the wine. He recommends at least a minute break between each step to allow the palates to adjust gradually.

When visiting the Napa Valley, you have to try Chardonnay

This time we tried Chardonnay Reserve 2017, Pinot Noir PNX 2015, and Oakville Cabernet Sauvignon 2016, and we immediately realized that the wines here are carefully perfected despite the large production. Although they have all seen French oak barrels up close, they are elegantly and unobtrusively paired with intense, rich fruit wines that are already gaining their complexity.