Wine Oxidation – How to Prevent or Eliminate It

Wine oxidation is, in most cases, an undesirable process that can take place all year round; we often encounter it after the alcoholic fermentation has finished, as well as in the summer when the temperature in our cellars rises, and we like to neglect cellaring because of the activities we devote to the vineyard. Wine oxidation can appear even in the bottle if there is not enough free sulfur or if it is improperly stored (high temperature, light). 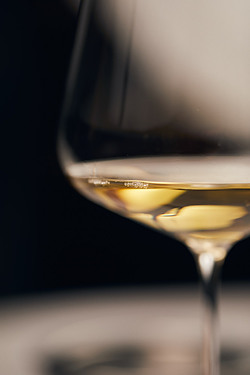 Roughly speaking, wine oxidation is a reaction between wine and air, but it can happen even when access to air is prevented in our container. Under the influence of oxygen, alcohol oxidizes to acetaldehyde, a compound with a characteristic smell (like a “ripened” apple that has been exposed to air for some time). But there are also more severe cases of wine oxidation. Unwanted bacteria that may be in the wine oxidize the acetaldehyde into acetic acid. Already Louis Pasteur realized the influence of air on the various degradations of wine and organisms. For centuries, sulfur has been used to protect against oxidation, or sulfur dioxide, which must be free, i.e., unbound form.

Why Oxidation Is a Problem

Uncontrolled oxidation, often encountered in our wines, is a significant problem. It affects the color, smell, and taste of the wine; over time, the quality of such wine decreases significantly, and oxidized wine is not suitable for distribution! It loses freshness and bouquet substances, becomes dull and dead, and a characteristic smell and taste of wine appear reminiscent of dried fruit. Over time, white wines become brownish, and red wines also lose their vibrant and shiny color. Free sulfur is consumed!

How to Prevent Wine Oxidation

The error is prevented by preventing air access in the container (a full barrel or tank is topped up with oil or with an overpressure of inert gas) and that the wine is suitably sulfured (white wine minimum 20 mg/l, red wine minimum 15 mg/l free SO2).

Air or oxygen is generally not a friend of wine, but in some technological procedures, controlled oxidation (i.e., oxygenation or micro oxidation) is even recommended at certain stages of maturation. Modern methods of producing white wines sometimes dictate a controlled slight oxidation of the must, with which we can form some desired aromas, e.g., Chardonnay. To some extent, oxygen in wine is necessary for better ripening and the course of some desired reactions. Also, red wines, e.g., Stronger varieties such as blue Francoise and cabernet sauvignon, develop more beautifully after controlled oxidation and acquire a fuller aroma, color, and mature tannins, which also affect the taste. Micro-oxidation is effective and without risk, especially in the phase when the wine rests on healthy lees, i.e., before the 1st flow. For controlled oxidation, barrels are preferred, where minimal contact between wine and air is possible during maturation.

Oxidativeness is something utterly different from oxidation. These are other vinification techniques in which the wine is exposed to air, i.e., oxygen, for a more extended period of time. Many wines with oxidative notes gain complexity and are, therefore, still desirable. It is not even by chance that I mean only white macerated or orange wines, but also sparkling wines, especially some champagnes, and many, even non-macerated wines. The color is usually more distinctly yellow, and the aromas are often reminiscent of fresh nuts and apples.