There is an old Slovenian saying that worse than any illness as weak blood and better than any medicine is wine. Many beneficial effects are attributed to the Cviček, a wine typical of the Dolenjska region. Cviček is a mixture of two red and two white grape varieties, therefore, combines all the best wine health benefits. 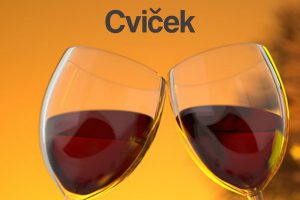 It has come a long way from being a cheap wine in the past to becoming a really excellent wine today. Its name Cviček is derived from the German word ‘zwicken’ which means to pinch or to sting and comes from its acidity. Today this is no longer the Cviček produced in the vineyards of Dolenjska is ever more excellent. In 2000 the Slovenian wine was put on the list of legally protected wines with the geographic origin with acknowledgment of its traditional name.

The Best Wine Health Benefits Because of Its Mixture

Cviček is something special with its ruby color and pleasant slightly acidic taste. Being a dry wine, it is distinguished by a fresh fruity bouquet and an extremely low level of alcohol. As it is a mixture of two red and two white grape varieties, it is considered an exception in exceptions on a world scale. Normally Europe and the rest of the world do not recognize such mixtures as wine. But it sometimes happens that the firmly established tradition beats even the firmest principles. The most important thing is that here in Slovenia we settled the matter and were able to present it as a traditional activity of the people who have been producing this sort of wine in the same way for generations. Settling things in Europe has never been a problem as long as we were able to provide historical arguments for what our forefathers used to do.

Theories about the origin of Cviček which can only be produced on the right bank of the Sava river in the Dolenjska region very. It is undisputed that its production has been influenced by rich experiences of small winemakers and the knowledge that spread to the countryside from monastic centers in Dolenjska. One of them was the Cistercian monastery in “Kostanjeviva na Krki”. Its form a monastic cellar now houses a museum of Cviček. The white monks who owned expensive vineyards within the monastic economy have certainly influenced the development of winemaking in this area. This cellar played an important role in the twenty centuries as it was here that the viticulture co-op was established in 1928 which takes the credit for launching Cviček into homes and foreign markets.

Cviček Is a Part Of the Identity

The red pearl of Dolenjska as Cviček is often called as it is believed that it embodies the Dolenjska son is more than just wine. It is a part of the identity of the Dolenjska winemaking region and the way of life of its people. An unwritten rule says that if you want to be someone in the Dolenjska you need to have your own Cviček even if you have no more than a few vines growing around the home. Perhaps this statement is a bit too harsh but you know we are so proud of our Cviček that if you’re not there when we compete among ourselves as to whoos is better or when we discuss it in our wine cellars, then it counts consider yourself to be an inhabitant of Dolenjska region.

Several Acids and a Lower Alcohol

Cviček attributes especially many healing effects among the wines. Several acids and a lower alcoholic strength, which they once ventured to the outskirts of Slovene wines, proved to be his advantage.The best wine health benefits increase especially because of high acidity. High acidity is recommended for diabetics, and because of low alcohol is classified as dietary wines. It also contains flavonoids substances that have a positive effect on health as they reduce cardiovascular risks. Cviček has a beneficial effect on digestion, accelerates running, prevents insomnia and strengthens blood circulation.