Climate Change and the Wine Industry

Many problems have been identified in the investigation of climate change and the wine industry. So let us also address a few words to this problem.  A group of researchers has developed a model to collect data on the development of the 11 most common grape varieties in the world with projections of climate change and the wine industry. They concluded that, due to the warming of the atmosphere and the increase in exhaust emissions, there is a possibility that the temperature on Earth will increase by 2 ° C, which would have a direct impact on as many as 56 percent of the world’s wine regions. If the temperature rises by 4 ° C, as much as 85 percent of the vineyards will disappear.

Riesling is expected to lose 66 percent of the cultivable area, Guardian reports.

Are Climate Change and the Wine Industry Really Connected? 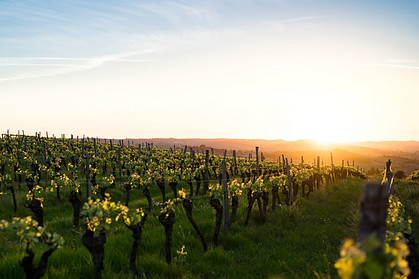 Yes, climate change and the wine Industry are connected but that things were not so black, instead of existing ones, other regions would become favorable for grapevine and wine production, such as parts of the UK, according to a study led by researcher Ignacio Morales Castilla of the University of Alcalá in Spain.

Regions, where temperatures are already high, will suffer the greatest losses and the Mediterranean would suffer the most. Spain and Italy could lose almost 65 percent of their vineyards, and there are very few new territories that would become suitable for grapevine production.

At the same time, researchers point out that losses can be reduced by changing grape varieties in a particular area. For example, many areas suitable for pinot noir, including South Africa and Burgundy, will need to switch to late varieties such as Shiraz, Monastrell, and similar grape, as they can better withstand warmer climates, while early varieties such as Pinot noir and Chardonnay could be grown in northern areas.

Regions such as New Zealand and the northern United States are expected to see an increase in vineyard areas of 15 to 100 percent, depending on grape varieties.

It should be noted that this study also has limitations, including the fact that only a few of the 1,100 grape varieties that are estimated to be in the world were studied.

How will be with the Slovenian wine industry this study did not cover. We have to know that Slovenia is positioned somewhere between the Mediterranean and the continental environment.

Experts warned that climate change could also decimate fruit growing in the fertile California Central Valley. Reuters reports that walnuts, cherries, plums, and peaches are the most endangered, and to a lesser extent, also pistils and almonds. In order to produce good fruit, these fruits need to be exposed to mild frost, and with climate change, winters in California are expected to be warmer. More than 1.2 million hectares of land under fruit also need winter frosts in the Central Valley, with an estimated value of nine billion dollars a year.