Slovenian Wine – the Pride of Viticulture in Central Europe

Go on the net. Do a search on Slovenia. Find out about Slovenian wine or even visit this country. You will discover that it is an agricultural country and above all, you will be impressed by its viticulture. In long-form, the Republic of Slovenia, Slovenia, in Slovenian “Slovenija and Republika Slovenija,” is a Central European country and member of the European Union. It is bordered by the Adriatic Sea, Italy, Austria, Hungary, and Croatia. 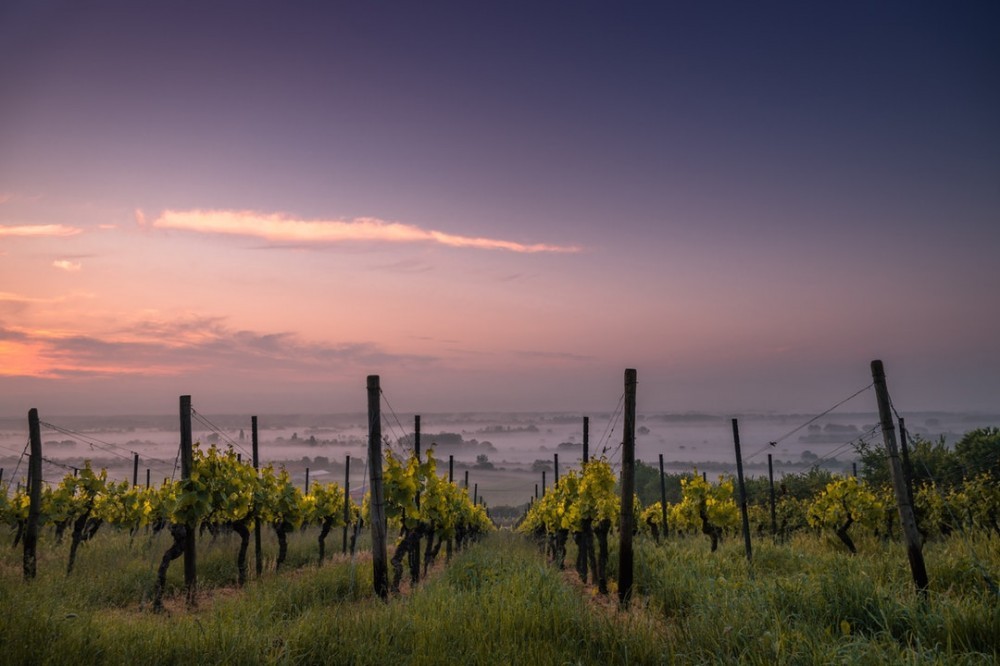 Slovenia is an agricultural country producing wines. What about viticulture in Slovenia? Whenever we discuss the subject of viticulture in Europe, especially in Central Europe, Slovenia remains a reference.
Winegrowing in Slovenia had existed since the time of the Celts and the Illyrian tribes, long before the Romans developed vineyards in Gaul, in the Iberian Peninsula, and in Germany. It made very rapid progress after the collapse of independent Yugoslavia. Today Slovenia is one of the most prosperous wine regions in Central Europe. The vineyard is mainly concentrated in the Drava Valley, the Sava Valley, and the coast. Slovenian wine is mostly consumed at home.

Specializing in white wines, the country offers a rich diversity of climates and soils, from the Adriatic coast to the Alpine foothills. It has a wide variety of varieties: in addition to the essential Sauvignon, Chardonnay, Pinot Blanc, and Pinot Gris, it is particularly suitable for the cultivation of Laški rizling (also Welschriesling or Italian Riesling) and Šipon(also furmint), the local variety of the famous Hungarian furmint (Tokay). It opens the door to assemblies and tastes unknown to foreign palaces.

The Production of Slovenian Wine

Good year to year, 80 to 100 million liters of wine are produced. But because of the essential climatic variations, there can be significant differences from one year to the next.
The vineyard area varies between 17 and 25,000 hectares producing roughly 70% of white wines (‘Belo vino’) for 30% of red wines (‘rdeče vino’).
Slovenia lists some 28,000 winemaking cellars. Its specificity lies undoubtedly in the fact that in many cases, viticulture is that of family businesses that produce relatively small volumes, the winemakers consuming their own wine and distributing it to relatives. Nevertheless, around 65 to 70% of Slovenian wines fulfill the criteria of the appellations ‘quality wine’ (‘kakovostna vina’) and ‘high-quality wine’ (‘vrhunska vina’).

Slovenian wine is mostly consumed at home. Wine consumption is high in this country, and viticulture, well supported by the public authorities, is distinguished by its dynamism.
Slovenia produces more white than red wines and boasts local grape varieties such as Rebula. Despite the advent of a handful of ambitious cellars, Slovenia still exports less than 10% of its production: the vast majority of winemakers own less than one hectare of the vine. The wine is primarily consumed locally.

According to the latest statistics, Slovenians rank third regarding wine consumption in the European Union (EU). With 43 liters per person per year, Slovenia is right behind Luxembourg (50 liters) and Portugal (48 liters). The European average is 23.9 liters per inhabitant per year. Among the smallest wine drinkers in the EU, there are Poles who consume twenty times less than Slovenes.

Did You Know? About a Less Alcoholic Slovenian Wine …

Cviček is one of the specialties among Slovenian wines. The ‘cviček’ is a bright red wine, lively, pleasantly acidic, very dry, light because of low alcohol content (about 8-9% on average, maximum 10%) and low in tannin. This blending of wine has the particularity of being composed of four grape varieties, red and white. Although it has been produced for more than two hundred years, it has long been synonymous with lousy wine because of its low alcohol content. Notwithstanding, it remains one of the most well-known and consumed wines of Slovenia.

Wine Festivities in Slovenia the Most Important

Wine also has its holidays. The wine has a link with the tradition, custom, and civilization of Slovenia. We will then introduce you to the six most essential festivals in Slovenia and its neighboring regions.

1. THE SAINT-MARTIN FESTIVAL (NOVEMBER) – THE BIGGEST FESTIVAL OF SLOVENIAN WINE

St. Martin is the most famous wine festival in Slovenia. It is celebrated on November 11, the day of St. Martin. According to the legend of Saint-Martin, protector of vineyards and vine growers, it is the day when he transforms the must into wine. For this occasion, the Slovenes organize celebrations everywhere in their country. Traditionally, we prepare feasts including the famous goose of Saint Martin accompanied by dumplings. We drink young wine. But this celebration also represents the transformation of must into wine, an important ritual that marks the time when the wine is put into bottles.

St. Vincent’s Day celebrated on January 22, is often forgotten. The Croats also celebrate it. Saint Vincent is, like Saint Martin, a protector of vineyards and vine growers. This day is usually defined as a new wine year, which announces a good harvest. According to an old custom, the vine-growers cut a small part of the vine before sunrise, put it in the water, and place it in a warm place. The green vine shows in this way how it has passed the winter and how it will become the harvest. It is also said that if there is sunshine for St. Vincent’s Day, the crop will be good this year. We know several proverbs, e.g., “Če na Vincenca sonce peče, dobro vince dozori, ki po grlu gladko teče, motne dela ti oči.”  This can be roughly translated as “If at Saint Vincent the sun shines, the wine will be good and will flow easily into the throat, which will give us tears in the eyes. ”

This festival is dedicated to the oldest noble vine in the world that still produces grapes. The kind of this vine is called Žametna črnina or black velvet. The vineyard is 400 years old, and it grows in our second-largest city, Maribor. It can also be found in the Guinness Book of Records and symbolizes the city of Maribor and Slovenia. The Old Vine Festival is held annually on October 2nd at 11 am. Traditionally, one crowns each year a new queen of wine.

Maybe you first wondered what cherries have in common with wine. Well, it’s not just the aromas of ripe Merlot or sophisticated Cabernet Sauvignon. The cherry festival, which takes place in Goriška Brda (in the western part of Slovenia) in early June, is the largest and most visited cultural and tourist event in the coastal region. While people pick up cherries on the hills, they can also participate in the open house wineries throughout the region. The winemakers accept visitors and prepare an unforgettable tasting of their wines.

This festival is already known from the former Yugoslavia and is celebrated on February 14, Valentine’s Day. Although we have forgotten this holiday in the past, we are talking about it today. For this occasion, the winemakers are preparing a celebration that represents their confidence in the vines to give a good harvest. St. Typhoon’s feast is the most popular in Macedonia, where it has a similar status to our St. Martin. St. Typhoon’s day is very similar to Valentine’s day, the only difference being that here, we celebrate the love for wine. Anyway, both parties are an excellent opportunity to have a drink.

The doors of the cellars are also open for the Spring Festival, which takes place in March in Svečina. Svečina is a small town northwest of Štajerska (Styria), known for its heart-shaped vine. The party takes place in all 20 local wine cellars where visitors can taste the wines and traditional dishes. After each person receives his glass of wine, they visit the cellars where they personally meet the winemakers. This holiday is one of the reasons why we impatiently await the arrival of spring.
*
All these festivals are well organized by the periods and the places, for that reason you can without any problem making a good plan to visit them all.