History of All Saints Day in Conjunction With Wine and Bread

The feast of all saints, all saints, or the day of the dead was blamed on saints and especially martyrs, who had accumulated so much in Diocletian’s time that not everyone could get their anniversary. Therefore, the church decided on a particular day of remembrance, when all the martyrs were remembered together. In the Frankish state, all saints day was introduced by Louis the Pious in 835. Generally, the history of all saints day started in the 11th century.

The Dead Were Hosted for Three Days 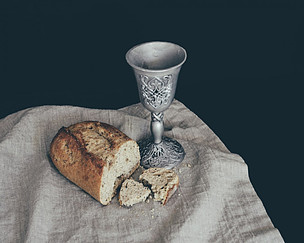 Thus the old pagan faith in the return of the souls of the Rajniks gained a Christian meaning and also came into genuine folk beliefs. But the celebration of the memory of the deceased can be traced back many millennia into the past. In doing so, let me mention the cult of the dead among the ancient Egyptians. The ancient Greeks also had their feast of the dead “anthesteria”. They believed that the dead were visiting their former homes at this time, so each family prepared food and drink for them at home on the table. They hosted them for three days. Similar customs are mentioned by the poet Ovid among the Romans.

Similar habits have probably been at home in our places for centuries. The elders still remember how in the evening, on All Saints’ Day and faithful souls, they put at least a piece of bread and a glass of wine on the table almost all over Slovenia. The elders on the eve of All Saints’ Day did not allow plates and a bowl of food to be removed from the table. A candle was usually lit on the table. All this was intended for the deceased, who, according to popular belief, were to return to their homes on that day. And so a beautiful habit is maintained from generation to generation to light a candle on the table at home for mom, for grandma, for grandpa, for all the aunts and uncles, for friends, for all the dead we loved.

The Children Wonder Who Drank the Wine

Belief in the return of the souls of the Rajniks was alive in many parts of Slovenia a few decades ago. In the Goriška Brda and Venice, the fire was not allowed to be extinguished because people believed that the deceased would go home to warm up. In Gorizia, they left the house door open and set up a chair so that the deceased had a place to sit. In the Ribnica Valley, people used to think that all souls came to their homes on All Saints’ Day and that they sat by the stove all night, so no one was allowed to sit on the bench by the stove that night. Even in Slovenske gorice, it was believed that the souls of the dead would come to their home on this day. The locals, therefore, prepared a glass of wine on their table for them to drink. At least that’s what the parents told their children, and one of the locals secretly drank the wine. In the morning, the children were amazed to find empty glasses on the table. In the Drava Valley, religious souls were treated to a bowl of cooked porridge, and in some parts of Styria, horseradish was placed on the table to revive the dead. Sometimes even adults were not bothered to find food and drink intact on the table in the morning. They were convinced that the deceased had given it to them as a gift. It has been blessed and consumed as consecrated gifts that bring health and fertility. In Brda, they tasted wine in the cellars under the pretext of drinking for faithful souls. Hence the custom in Brda is that the last glass was always drunk for faithful souls.