How Long Does Wine Last After Opening

Sometimes it happens that bottles of wine cannot be drunk to the end. How to keep the wine in it for a day or two? How long does wine last after opening? This issue will be especially topical in the days when opportunities for socializing with friends and with good wine are more than usual. 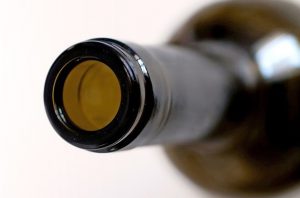 How Long Does Wine Last After Opening Depend on Oxygen Accessibility

The wine in the bottle clogged with a cork stopper is constantly in contact with oxygen, but this exposure is much less than after the bottle is opened. At that time, the oxidation process begins much faster; therefore, it is recommended that the wine be drunk as soon as possible. There are also some exceptions when the flower develops a few days after the more intensive contact with the air, but more or less, the oxygen does not work best.

That Wine Will Wait For a Day or Two

The most important thing is to minimize the contact of wine with air. The bottle should be closed and stored in a dark and cold place, such as a refrigerator. Nevertheless, the wine will oxidize slightly, but much less than if the open bottle is merely left on the kitchen counter. For closure, we use one of the stoppers or the one with which the bottle was clogged. The only thing to be concerned with is that stoppers do not fall into pieces of crushed cork or impurities, which might be on the stopper of the wine.

I recommend using special silicone or rubber stoppers and a vacuum pump to exhaust the air from the bottle and create a vacuum. In this way, the wine will stay fresh for a long time.

True lovers can also blow one of the protective gases into the bottle, which displaces the air and thus oxygen. If you are not entirely sure whether the wine is at the height of your development or if you feel it is a pity to open the bottle only for a glass or two for yourself, you can use the Coravin system. This allows you to drain only the desired quantity of wine using a special needle that you push through the cork stopper. Instead of the discharged liquid into the bottle, simultaneously blow inert gas argon to prevent oxidation.

Where Are All the Bubbles Gone?

Up to Several Bubbles With a Silver Spoon In the Neck of a Bottle – an Urban Legend Which Isn’t Real?

Some still swear on preserving the wine using the “Sisi” method or by inserting a teaspoon into the bottle’s neck. In theory, a silver spoon in the neck of the bottle is expected to create a thermal bridge and prevent the release of CO2. The air in the neck cools faster, its density increases, thereby reducing the possibility of moving bubbles and air from the bottle. Many attempts have been made on whether the method is true or not, but there is still no final result. However, sommeliers prefer to use special spark plugs instead of silver spoons.

How Long Does Wine Last After Opening

How long does wine last after opening an open bottle depends on the type of wine, the quantity of wine in the bottle, the bottle closure method, and the storage method? But some general guidelines still exist.

– Fresh white wines can wait from one to three days, depending on the quantity of wine in the bottle. White wines that have undergone the process of longer maceration and aging in the barrel are therefore persistent after a long period. They can be stored properly for longer, up to five days, again depending on the quantity of wine in the bottle. Some truly exceptional wines are surprisingly fresh even after a week.
– Red wines can last up to five days or more. The rich red wines, which were macerated and aged in wooden barrels for a long time, often gain in quality during this time. For younger red (and also white) wines bearing on the label last year, the sommelier recommends that you drink them at the latest within three days.
– Keep the spinach in the refrigerator for a maximum of three days, depending on how much sparkling wine is left in the bottle and how many times you opened the bottle and closed it again. Every time you open it, part of the CO2 is running out of the bottle, and if it were less than half a sparkling wine in the bottle the next day, it would be almost completely bubble-free.