How to Grow Grapes in Your Backyard

In addition to sweet fruits, grow grapes in your backyard garden also make sense because of the dense shade we take refuge in from the summer heat.

The vine is one of our most popular plants. Beautifully shaped vines are a real decoration at home and look quite meek, but they are such only because of a man who has learned the skills of mastering their wild nature. Unlike planted vines in vineyards, vines are not planted in the garden just because of the sweet grape crop. Their properties are used to good effect for cover and shade, under which we can arrange a pleasant living area for socializing and hiding from the summer heat.

How to Grow Grapes in Your Backyard 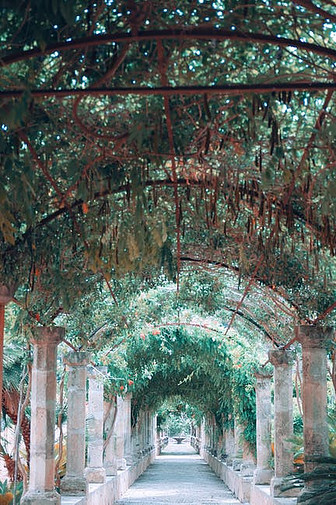 Grapes have been planted in our places since time immemorial. With America’s discovery, certain diseases and pests inadvertently spread to Europe, which greatly influenced viticulture at that time. Most European vineyards collapsed due to cane lice and downy mildew, so the cultivation of old vines was abandoned, and new American vines were expanded, but of lower quality. They soon began to inoculate European vines with American ones, and one nuisance, that is, cane aphids, was overcome. The story of how they discovered the first effective fungicide against downy mildew is also interesting. In those days, people traveled a lot on foot, and tired and hungry travelers liked to indulge in sweet grapes from nearby vineyards. However, as this was certainly not a deal for the owners, they sprayed the first rows with white lime slurry to deter sweet tooths and soon found that those vines they had sprayed remained beautiful and healthy. Thus, the copper lime slurry was formed, which has been preserved as an important fungicide against downy mildew and other fungal diseases to this day.

Properties of the Vine

The vine needs support to grow, so as it progresses towards sunlight, it relies on other plants or the support we put up for it. The vine is a modest plant, but unfortunately also very susceptible to some fungal diseases. Therefore, it must be sprayed several times in the vineyards from budding onwards. Native or American vines are much more resistant and can therefore be grown in an environment that is not the most suitable for planting vines. The profession does not like them, saying that they are inferior, and wine made from such grapes is even harmful to health, although I have not yet found real evidence for such claims. Some native plants’ grapes are fragrant and, in favorable growing conditions, also sweet, but they are less suitable for processing into wine, although some also like them.

How to Grow Grapes in Your Backyard?

The vine tolerates frequent and strong pruning well to be grown in a variety of shapes. Only in the first years after planting should we spare her a little by pruning until she is domesticated and conquers the space by forming a strong root system. Due to its good growth properties, the vine performs well in wall cultivations shaped into cordons and multi-story forms. Our country’s very common upbringing of the vine is “brajda”, which originates from the German word Breit and describes its wide and widespread growth. A similar upbringing is called “latnik” in Primorska region. For both methods of growing vines, the most suitable is wooden support, which is less durable than concrete, metal, or wire, but much nicer, and especially remains so in the fall, when the vine sheds its leaves.

When You Grow Grapes in Your Backyard, You Need to Provide Some Special Care

When you grow grapes in your backyard, grapes’ yield is not the most important, so the care itself is significantly different from that in the vineyard. When cutting vine on (grape)vine trellis, we mostly leave short spurs, while one-year-old twigs that grow from two-year-old wood are fertile. Those sprout directly from the trunk and other older wood are usually not fertile, so they are regularly removed during pruning and later in the year. The vines are fertilized in autumn, when the leaves fall off, or in early spring before budding, but not during the year. Fruit mixtures with lower nitrogen content are the most suitable.

Varieties Suitable to Grow Grapes in Your Backyard

Many old wine grape varieties can be grown in the garden. Some newer ones are especially suitable, boasting resistance, quality yields, and the possibility of growing even where the conditions for vine growth are not the most suitable. One of these is the ‘Nero’ variety, as it is an excellent red table variety and ripens in mid-August, and the crop is also suitable for processing into juices and wine.

The vine often gets a place in the garden due to its many good properties, which can be used to good effect for practical and decorative purposes. Especially now that some quality and resistant varieties have also appeared on the market, this is just one more reason to decide to grow vines literally on the doorstep.