Let’s See in This Article How to Prune Grape Vines

The vine is a climber by nature, which has evolved freely and unrestrictedly throughout history. So if we want to achieve coexistence between us and the vines we have to learn how to prune grape vines. When the man realized its usefulness, he began to cultivate and change it in such a way as to facilitate the work of harvesting grapes. With a cut, he forced her not to cheer him up. Thus, even today, a man regulates his benefits with the requirements of the vine with a pruning.

I Very Much Enjoy It When I Prune Grape Vines 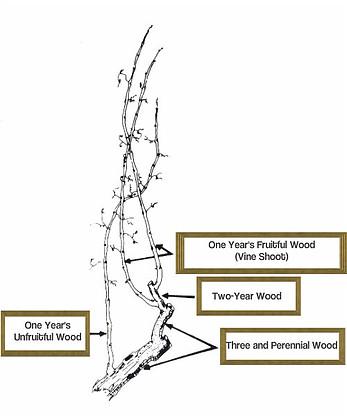 The vine pruning is one of the first winter-spring manual works in our vineyards. The cut cuts the yield and load of the vine, which decisively affects the quality of the grapes and the wine we want to produce. On congested vines, the grapes will not ripen well, and the vines will deplete over the years. On the vine, where the load is too small, strong growth will be exposed, which will delay the development and maturation of the grapes. We carry out the vine pruning during the standstill, from December and at the latest until the buds and/or the sap is gonna start to flow (mid-March). A too late cut that is delayed into the time when the sap is gonna start to flow or even the budding phase increases the loss of nutrients.

You Can Prune Grape Vines in Several Forms

Various cultivational forms are known in the vineyard tradition, which also depends on the variety, the rootstock, the location of the vineyard, and other factors. In Primorska region(region by the sea in Slovenia) e.g. they often prune to the cordon, in the rest of Slovenia, a more established cut is to one or two canes (A cane is a long one-year-old wood with more than seven eyes)

The Vine Should Be Carefully Rejuvenated in the Process of Pruning 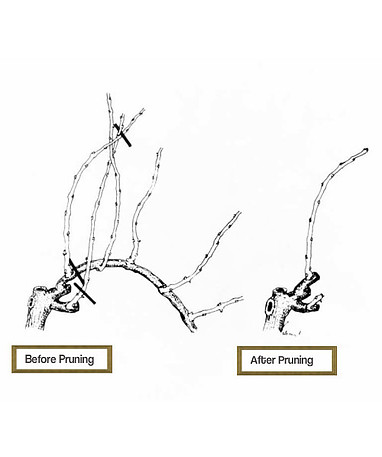 When cutting, we take care of the rejuvenation of the vine, which means that the old wood is kept to a minimum. We always take the first appropriate spur for the cane, which is healthy and well matured. Since we can also think of the next year in the cut, we should not forget the studs or cutters. These are the bearers of fruitful wood for the coming year.

If we have a form of cultivation on two canes, then, as a rule, we also leave two spur, buds for next year. The place where we want the wood for next year should be as close to the trunk and in the proper height that the vine will not escape in width and height. Spur with more buds and spur with one bud are essential especially if the canes are too high, and we want to lower the vines next year. Care must also be taken to ensure that fruitful wood (canes) is always above the spur so that the old wood does not extend too long.

Do Not Overload the Vine During the Pruning

The length of the cane or the number of fruitful eyes has to be always adjusted to the condition of the vine and the living space available to the vine. During the pruning, it is also reasonable to clean the trunk. Cut out excess wood and remove it from the vine. 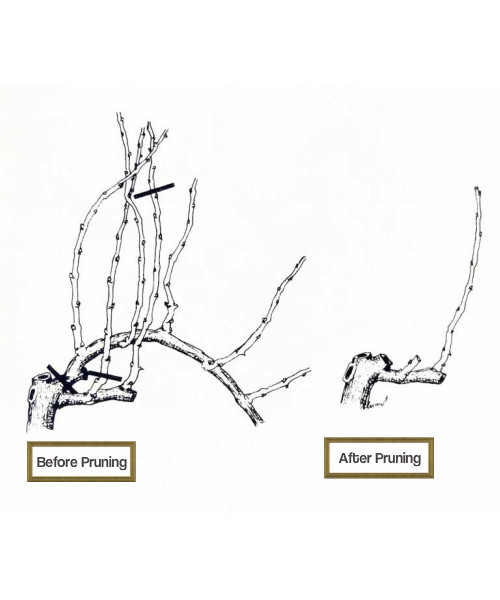 What Tools Are Needed for Pruning?