Opening a Bottle of Wine

Opening a bottle of wine, stoppered with a cork stopper, requires a unique bottle opener. If you don’t have it yet, buy it as soon as possible. The central part of the opener is a drill, which is rotated into a stopper and then pulled out with a stopper. The shapes of the drill are quite similar, while the system for pulling the stopper is the one after which the openers are significantly different. 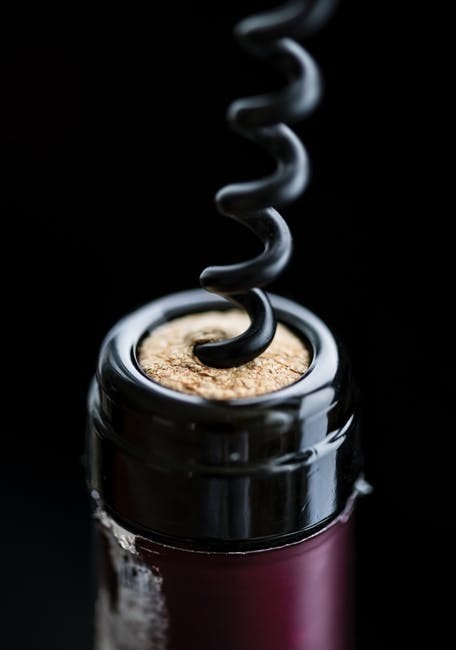 Opening a Bottle of Wine with the “T” Bottle Opener

The “T” bottle opener is the most uncomplicated. A handle is transversely mounted on the drill and operates on the power principle. When opening the drill bit, turn it into a stopper and pull it out. Because only rare people have enough power to do this, they put a bottle between the thighs or under the armpits. The plug extraction is difficult to control, which can also cause an unexpected flush of wine from the bottle.

The waiter opener is reliable, efficient, and still simple. The handle, which still forms the shape of the letter “T” with the drill, is longer at one end, and it has a special adapter on the shorter. We lean the adapter on the bottle’s mouth and lift a longer part of the handle, which serves as a lever. So controlled, we can almost effortlessly pull out a stopper. In the case of long stoppers, it is sometimes necessary to stop “halfway,” screw the drill deeper into the cork again, and repeat the procedure. This opener also has a blade for removing the top of the decorative cap.

Opening a Bottle of Wine with the Butterfly Opener

“The butterfly” or “boy” got its name because of its shape. It has two levers which, when drilled in a stopper, are lifted. When the “boy rais his arm,” we just push down and pull the stopper out of the bottle. This opener has always been one of the most common and popular, so we know almost everyone. Although it is slightly less practical due to its shape and size with it, the stopper is extracted without any special effort. Because it also allows us always to pull the stopper up straight, it does not break.

Screwpull is also effective. Turning the handle at the top to the stopper, you first rotate the drill into the stopper, which then starts automatically pulling the stopper from the bottle.

Opening With the Bottlepull Opener

• Similarly, Bottlepull has a detachable lever to tighten the drill bit in the stopper. This is usually made of stainless steel and is also very useful for dealing with a tight-fitting stopper.

Opening With the Lever Pull Opener

• A slightly different and high-tech opener is Lever pull. Pliers, levers, and instructions for use eventually lead to the same goal – open bottle. When opening, the drill is often fractured. Do not worry; there are two drill backups in the kit.

Opening With the No-Drill Openers

In addition to the drill openers, some openers do not have drill bits. These unique flat pliers can extract fragile stoppers, which would otherwise be broken or crushed. The other type of opener operates through a gas under pressure, which is blown through the needle in a bottle, and the pressure pushes the stopper out of the bottle.

Plan B for Opening

Serious wine lovers prefer to spend some wine-free days and do not even try to open the bottle under the “B-Plan.” But sometimes you can find yourself in a situation where you will have no other choice.

You can see the method with the shoe in the video, but there are some other ways. You can screw into a stopper a wood screw, which is then pulled out with pliers together with a stopper. With some skill and a great deal of caution, you will similarly succeed in using a sharp knife with a hard blade and sometimes also a flat screwdriver. For all these methods, however, it is happening that the stopper crush. In this case, you can simply push it into a bottle and leave it in the bottle. As I said, if you are not in a hurry, wait for a day and find a suitable opener because these methods are just an escape route and unacceptable for most wine lovers.