Top 10 Most Expensive Wines in the World

Each bottle tells a story about the year it was created, and usually, the older, the better. Let’s take a look now at the top 10 most expensive wines globally. Today we’re diving into the most expensive wine world, taking a look at some of the most exclusive, expensive, and rare wines that are owned and enjoyed by billionaires who have a taste for the finer things in life. The luxury wine market has been around for centuries as certain societies’ elite has always sought the most exclusive wines made at the most prestigious wineries. Some billionaires consider fine wine to be like fine art. Billionaires can afford to drop thousands or even hundreds of thousands on one bottle of wine that they may never even open. Many bottles of wine are kept and displayed as a status symbol or a conversation piece or bought as an investment, and many factors affect the value of a particular bottle of wine. Some of the considerations that can affect the price include the cost of production. The number of bottles produced the reputation of the winery’s public perception of the wine and, of course, the age of the wine. Wine values can also skyrocket if the wine is owned by a well-known historical figure or has an impressive history. Of course, the taste is essential too, but it’s sometimes far from the top of the list of considerations. 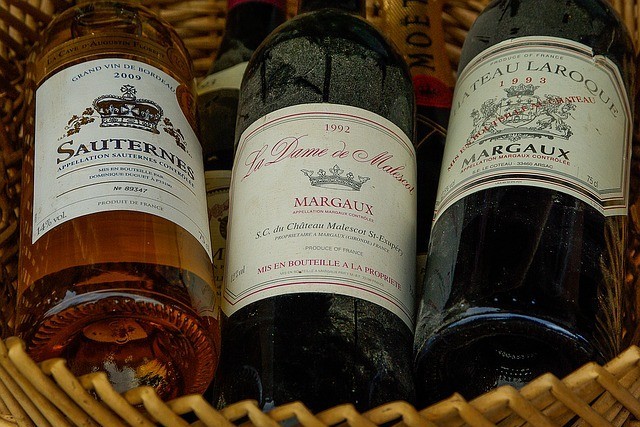 Domaine de la Romanée-Conti otherwise known as DRC is a wine estate in Burgundy France that produces some of the most expensive white and red wines in the world. The average price per bottle is 13,092 $. Their most expensive wine is their Grand Cru. It’s been described as the purest most aristocratic and most intense example of Pinot Noir you could imagine. In November 2013 a case of the 1978 vintage was sold for about four hundred and seventy-six thousand dollars or thirty-nine thousand seven hundred dollars per bottle at Christie’s Hong Kong auction house. It’s described as being rich young and untamed.

In 2011 a bottle of 1811 Chateau D’YQUEM became the world’s most valuable bottle of white wine when it was sold for seventy-five thousand pounds or around 100 thousand dollars. This set a Guinness world record at the time, and this wine has been celebrated as one of the fabulous wines in the history. The 200-year-old bottle of wine came with a record of inspection that ensured its authenticity.

Number 7 is another vintage from the famed Chateau Lafitte. A bottle of the Chateau Lafitte 1787 was discovered in a cellar in Paris about two hundred years after it was bottled. It was said to be owned by the third u.s. President Thomas Jefferson and his initials were etched into the bottle. Publishing mogul Malcolm Jones bought the bottle in 1985 for 156450$. He placed it in a display case under halogen spotlights. Unfortunately, the hot lights caused the cork to dry out, and it eventually dropped in the bottle, dropping the value of the wine down to zero.

Ampoule from Penfolds is a unique wine offered by Australian wine producer Penfolds which was founded in Adelaide in 1844. Ampoule from Penfolds was the most expensive wine in the world in 2012 at 168000$ per bottle. The 2004 Kalina Block 42 Cabernet Sauvignon wine is encased in a glass sculpture that was hand-blown by Nick Mount an internationally recognized glass artist. It is also suspended in a handmade Jarrah cabinet. There is no cork or opening, so the only way to access the wine is to break the container. When the decision is made to drink the Ampoule, a senior member of the Penfolds winemaking company will personally attend a special opening ceremony at the location of the owners choosing. In order to professionally break the ampoule only twelve of these vessels are in existence

Chateau Margot is one of the most prestigious wineries in the world located in Bordeaux France. Its wines are consistently in demand by those with the most refined taste and wine who can afford to indulge. The Chateau Margaux 2009 Balthazar, in particular, is one of the most exclusive wines offered by the vineyard. Only six bottles were made at the cost of $195,000  for a 12-liter bottle. Three of the bottles were sold at Le Clos a wine merchant who is based out of the Dubai International Airport. It is made with 87 percent Cabernet Sauvignon grapes with the rest being comprised of Merlot with small quantities of Petit Verdot and Cabernet Franc. There is no other wine as young as this one that has commanded such a high price.

Next on the list is another from Chateau Margaux. The Chateau Margot 1787 was authenticated as part of Thomas Jefferson’s wine collection. But like the other wines supposedly owned by Jefferson on this list, it met a tragic end. Its owner William Sokolin bought the bottle for $225.00.  He then took it to a special dinner at a Four Seasons Hotel to celebrate the wine. Unfortunately, a waiter accidentally bumped into the table, and the wine fell and shattered. The good news is the wine was insured, but obviously, no amount of money could replace this one-of-a-kind bottle of wine.

The 1947 Chateau Cheval Blanc is considered by many connoisseurs to be the best Bordeaux ever made by one of the most prestigious winemakers in the world. Apparently, the beauty of this wine is in its flaws. As the year it was produced was characterized by very bad weather which forced the makers to produce it under very primitive conditions with many technical flaws. This gave it a taste that could never be replicated and some are willing to pay a very high price to get their hands on this vintage. A bottle was sold at Christie’s auction for $305,375 back in 2010. A world record price.

The Chateau Mouton-Rothschild is yet another wine estate that was established by a member of the Rothschild family back in 1853. Today their wines are among the most valuable in the world. But perhaps their most desirable wine is the 1945 Jeroboam of Chateau Mouton Rothschild. This vintage had a V on the label that stood for the victory of the Allied forces in world war ii. It smells of mint vanilla dry green moss and pine needles, and it tastes of raspberry and sweet dried cherries. A standard 750-milliliter bottle costs $310,700 which makes it eight thousand six hundred and thirty-one dollars per glass.

This is it. The first one of the 10 most expensive wines in the world is the Screaming Eagle Cabernet Sauvignon 1992 which sold for a staggering five hundred thousand dollars at an auction in 2000. The most expensive wine ever sold to date was produced at the Screaming Eagle winery in Oakville California. The wines produced here are so limited in production and priced so high that they are considered cult wines which are wines that dedicated groups of committed enthusiasts are willing to pay large sums of money.  And this is certainly the case for the Screaming Eagle Cabernet Sauvignon vintage 1992. The wine is aged in 60% new oak and is purple. It has an aroma of jammy black currants with subtle traces of oak.