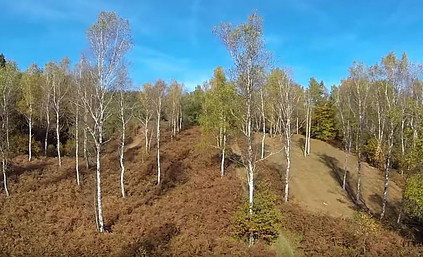 Even though Slovenia is so small that in one day we can come from the mountains, fields, plains, across the hills to the sea, it is also true that the cultural and natural wealth of Slovenia is so great that you can not fully see it in one year. Bela Krajina from Slovenia (White Carniola) is one of the incredibly natural and culturally rich landscapes. Bela Krajina lies in the south-eastern part of Slovenia and comprises the area between Gorjanci, Kočevski Rog, and the Kolpa river. The story of the very name of this region is fascinating, and white is supposed to come from the white linen fabric.

Numerous landscapes with natural characteristics and beauties, cultural monuments, richness in the plant and animal world offer us countless possibilities for beautiful days spent in exploring our beautiful Slovenia.

Bela Krajina from Slovenia is one of the incredibly natural and culturally rich landscapes. Bela Krajina lies in the south-eastern part of Slovenia and comprises the area between Gorjanci, Kočevski Rog, and the Kolpa river. The story of the very name of this region is fascinating, and white is supposed to come from the white linen fabric.

Bela Krajina from Slovenia Is Covered with White Birch

The white color is also the color of the Bela Krajina national costume. Zeleni Jurij, the symbol of Bela Krajina, wears white clothes, green is only a crown on his head. White also represents a color that indicates the natural environment of the Bela Krajina, covered with white birch, which nowhere else in Slovenia grows as often as it is in Bela Krajina. White storks are also found, which you will see in many electric poles and chimneys of houses.

Bela Krajina has a long and extremely rich and fascinating historical story. This is evidenced by many ancient remains from the distant past.

One of the most attractive archaeological monuments in Slovenia is located in the village of Rožanc, along with the road Semič – Črnomelj. This is “Mitrej nad Rožancem,” relief in the rock, which is supposed to have been created in the second century. It shows the representation of the god Mithra. Mithraism is a religion that we consider as an ancient Persian religion.

The remains of the castle of Vinica also testify to life in the past. This castle is in the village of Vinica. Here is also the birthplace of our poet Oton Župančič. His most famous works are for the youngest, and these are the poetry collections Pisanice, Ciciban, 100 puzzles. His drama, Veronika Deseniška, is also widely known.

The Museum Is Located in Metlika Castle 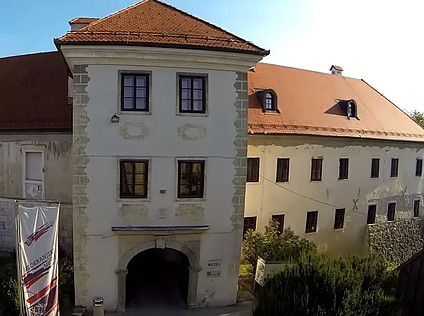 There is a museum in the birthplace of the poet, which is worth seeing. Permanent and occasional exhibitions in the Bela Krajina Museum are talking on the lives of people in Bela Krajina. The museum is located in Metlika Castle dating back to the 15th century. The museum is open from Monday to Saturday, between 9 am and 5 pm, and on Sundays and public holidays between 10 am and 2 pm. You will pay € 4.00 for the entry fee, 3.00 € for retirees, and children up to 15 years € 3.00. If there are more visitors in the group, it is worth buying a family card, which is 8,00 €.

Bela Krajina can boast yet another interesting cultural scene. These are three fares in Rosalnice, some two kilometers from Metlika. There you can see three churches standing side by side in the interior of the cemetery wall. Three Gothic churches, one dedicated to the Sorrowful Mother of God, the second See man and the third church of the Lourdes Mother of God have an exciting interior and each of its own story. Many pilgrims come to the churches every year, and many gather there for St. Jerneja, the first Sunday after August 24.

In addition to many historical monuments, Bela Krajina from Slovenia also boasts many natural beauties, specialties, and characteristics.

The river Kolpa is undoubtedly one of the most beautiful natural beauties of the Bela Krajina. The Kolpa River is one of the most beautiful, most pure and warmest rivers in Slovenia. It is extremely rich in flora and fauna. Its shoreline is covered with trees, and it seems to us that, besides the river and the trees surrounding it, there is no other world. There are about forty indigenous fish species in the Kolpa River. It is home to an otter, one of the most endangered mammals in Europe. On the dam, you can admire the gray heron, a beautiful bird that grows up to half a meter, and with the open wing, it measures up to two meters wide. Along the Kolpa River, there are many walking and cycling trails along the forest paths, where you will enjoy the view of unspoiled nature and enjoy the silence that is disturbed only by the voices of nature, the wind, birds singing, the bubbling of water, the rustling of leaves in tree trunks.

And if you enjoy this kind of vacations, then the holiday .along the Kolpa and Bela Krajina from Slovenia is the right destination for your next vacation. You can find yourself in a rural setting, in rural tourism, rent a cottage on Trška Gora or Vinji Vrh or camping along the Kolpa River. Bela Krajina has several beautiful campsites placed in the natural environment with this beautiful, clean and summer even up to thirty degrees warm river. We visited the camp “Glamping Kolpa Resort” on the breeze of Bela Krajina. It is located in the village Krasinec, not far from Črnomelj. You can stay in luxurious tents or rent a wooden glamping house. The camp also has a completely natural swimming pool, an open fireplace, where the “inhabitants” of the camp gather during the evenings. On holidays along the Kolpa River, you can swim, boating, rafting, kayaking or kayaking. Also, those who love fishing will come to your account. Campsites also include beach volleyball courts, playgrounds for children, and more. In short, there you will not be bored, you will have something to do, but if you wish, you can go back to nature and walk along the water, in the forest, visit some landmarks.

The Spring of the Krupa River 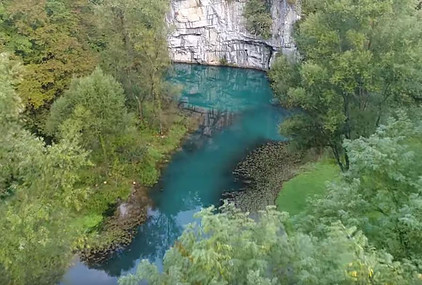 The spring of the Krupa River, the largest spring in Bela Krajina, in the village of Krupa, about 3 kilometers from Semič is one of the characteristics that you need to look at. The spring of Jelševnik, some five kilometers to the west of Črnomelj, where a black human fish is found, which was discovered about 300 years after the white human fish. Presentation boards that will give you information about this rare nursery are located at Župančičeva kuća in Jelševnik. There, you will also be shown a film about black human fish on your previous announcement.

Bela Krajina is also the area where the Lahinja Landscape Park is located, along the Lahinja River. You can discover natural beauties and cultural treasures in marked thematic ways. In the park is the Klepcev Mill, where you can get homemade flour. Here is also the Gallery of home and art crafts and the church of all saints with a bell tower on a chisel, characterized by the fact that the bells are not placed in the bell tower, but hang in the lines of the wall.

In short, Bela Krajina from Slovenia offers you countless opportunities for relaxation, enriching the spirit, learning about the unique features and beauties of nature, historical sights, and cultural features. In friendly and welcoming locals, you will receive a warm reception. And from there you will not leave thirsty or hungry. Because of cake from Bela Krajina, Bela Krajina frying, žlikrofi from Bela Krajina, buckwheat potica, and a drop of good wine. Yes, Bela Krajina is also a region of authentic, homemade, Bela Krajina delicacies!