Is Wine Good For Health and Which One Is the Best?

Is wine good for health? Wine can be a healing and invigorating drink, but it can also lead to addiction. Wine can benefit health, but it can also seriously harm it. Numerous researches and studies are circulating in the media and on the Internet, which is often very contradictory in their findings. In fact, both are true – wine can be good for your health, but it can also be harmful – and the secret is in the right amount. In addition to the quantity, the grape variety, and the type of wine, the method of production and subsequent processing is also important. Due to the contradictory effects that wine has on humans, it is certainly one of the most controversial medicinal drinks in the world. If we are talking about the healing properties of wine, then it is always necessary to keep in mind the amounts that are still healthy, which is very low in the case of wine. The problem with this medicinal drink is that it can easily be drunk in excess and can quickly lead to addiction and alcoholism. This is a particularly big problem in countries where wine is produced in large quantities, which also applies to Slovenia. Many people in our country have vineyards, but few people are aware of how much wine still means the recommended amount for health.

Is Wine Good for Health? 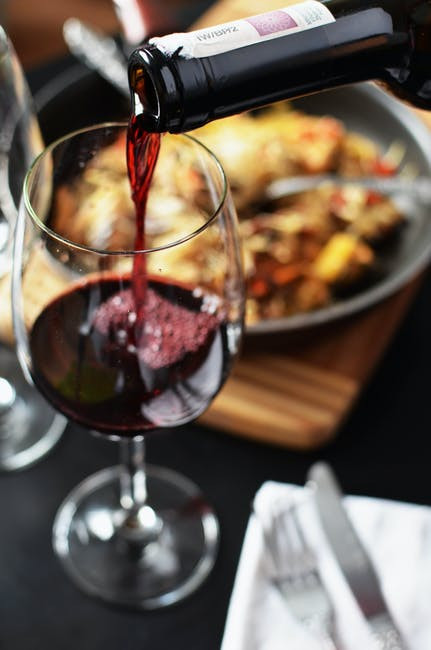 Wine is healing if consumed in small quantities – up to a deciliter at a wholesome and nutritious meal a day. In this case, the answer to the question “Is wine good for health?” is affirmative.

When we drink alcohol, the liver is most affected. The liver breaks down 10 g of pure alcohol per hour (in men, a gram less in women). This is the amount we could drink and not be intoxicated or stunned. Regular consumption of wine in the recommended amounts with meals is not harmful. Wine is involved in the fight against free radicals that cause cancer and has many other beneficial effects on the human body. A high-fat diet combined with small amounts of wine is therefore curative, as otherwise, fatty foods would mean an excess of free radicals, and red wine means protection against radicals.

What Is the Secret of Wine?

The healing properties of the wine are hidden in the grapes. Red grapes are a source of flavonoids, polyphenolic compounds that have an antioxidant effect in the body. In red grapes are red-purple anti-Zion dyes. In the fermentation of grapes, in addition to the sugar being converted into alcohol, resveratrol is formed, which is the most powerful antioxidant in red wine. In addition to the above, the wine also contains flavonoids: quercetin, catechin, epicatechin. Wine also contains many minerals and acids.

The production of grapes for wine is usually heavily contaminated with pesticides, which are partly transferred to the wine. The wine usually produced also contains other additives, such as sulfur compounds, which are not beneficial to health. In order to maximize the healing effect of wine, it is better to opt for red and organically produced wine or wine that has the lowest possible content of additives.

Wine also inhibits LDL oxidation (i.e., bad cholesterol) and platelet aggregation, which reduces the risk of blood clots that can lead to heart disease. Wine is also thought to positively affect HDL levels or good cholesterol, which helps relax blood vessels. With the recommended amount of wine we consume, we take in some important nutrients, such as vitamin C, an antioxidant, some B vitamins – especially B6, which is important for the central nervous system’s functioning minerals.

Red wine could also help with weight loss. One of the ingredients in red wine, called piceatannol, is said to slow down the growth of fat cells, and moderate drinking of red wine, in general, slows down the time of gastric emptying, which in turn means less food intake at mealtime.

Is Wine Good For Health and Which One Is the Best?

If you choose between red and white wine, it is certainly better to choose red for health. In principle, the more red-purple the wine is colored, the more healing it is. White wine, like red, contains flavonoids, but there are significantly fewer of them. So, although white wine is also a source of antioxidants, its biggest health problem lies elsewhere – white wines are almost without exception rich in sulfur.

Among the varieties, the most medicinal species are Refošk, autochthonous Teran, and Cviček, a mixture of several species. In general, Teran and Refošk are far ahead of all others regarding the content of polyphenolic compounds. The so-called barricaded wines are also rich in polyphenolic compounds, which have a wood-enhanced aroma and a naturally denser taste, which leads the drinker to moderate the consumption.

The Healing Effect of Wine

Wine is a medicinal drink and is recommended for:

As with all things in life, moderation applies to wine consumption. Consumption in excessive quantities is more harmful to health than if we do not consume wine at all.

Want to deepen your knowledge of wine health? In this case, I recommend the following book.

The Red Wine Diet : Drink Wine Every Day, and Live a Long and Healthy Life

Even this kindly girl on Youtube nicely explains the benefits of wine.