There are three main developmental periods in the development of wine cellar construction. We can say that the wine cellar is every room where wine is stored. Wineries are large wine cellars with industrial technology for the production, storage, and distribution of wines. 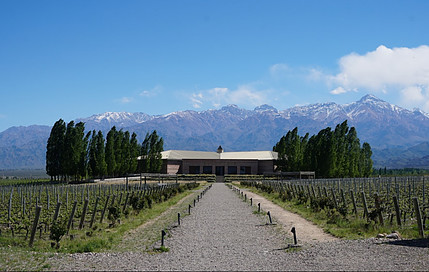 The desired temperature was also decisive for the layout of the basement rooms (at the top were macerations rooms, followed by the wine maturation rooms, and the basements for the bottles were the deepest). Due to the load, the underground rooms were handled by tunnel or vault form. Therefore, the construction was massive and difficult.

Barrels and tubs were used as wine containers, and primitive wooden presses and mills were used to process the grapes. The machinery was unknown. More recently (at the end of the XIX century) in the construction of the basement was characterized by the use of cement and the beginning of basement mechanization. With the demand for a certain temperature, new ones have emerged: cheaper construction and increased productivity.

This was achieved by the use of cement (basements are no longer so massive) and by the introduction of machinery. Cement tanks were used, which make three times better use of the basement space. Initially, concrete technology was low and of poor quality. The construction could have been cheaper so that the low, long rectangular basements were built. Improved concrete technology has allowed for leaner construction and construction of two-story tanks over time. This reduced the construction area of the new cellars, although these cellars retained their horizontal and rectangular shape.

After the Wine Cellar Mechanization Had Progressed

Along with the development of construction, wine cellar mechanization continued to progress. A common feature of these basements is the industrial concept, concrete construction, and the classic, horizontal rectangular shape. In the latest development of wine cellars, starting in 1950, wineries are being built that are characterized by a great streamlining of construction and technological process, thanks to the advances in modern technology and science in recent decades.

The Construction Forms of Wine Cellars Were Changed

In construction, the use of reinforced, prestressed (vibrating) concrete and steel-concrete structures has allowed for further development. This and new designs of winemaking machines with automation have made it possible to change the construction forms of wineries. The classic horizontal shape, characteristic of the previous period, has been replaced by the vertical shape of multi-floor buildings, which is cheaper and more rational. Automation has become an integral part of new wineries. Further construction and technological rationalization were achieved through the circular design of wineries.

In connection with the new technological and construction concepts of overhead and underground wine cellars, circular shapes have not only significantly reduced construction, but have greatly improved the technological functionality of the work. The circular shape of the wine cellar is also the most rational for the use of steel and plastic tanks. In the tower-built winery, the tanks are spread over several floors, underground and above ground. The structure itself is steel-concrete with the necessary insulation. They are equipped with modern appliances.

Underground or above-ground construction is no longer decisive for the quality of the wine cellars today, and therefore the classification of underground and combined cellars is no longer justified. Above all, an optimal and stable climate is needed. In above-ground facilities, this is achieved today with modern insulation and air-conditioning, and in the underground, natural ways, because the deep soil temperature is exploited. However, underground structures require mechanized excavation and waterproofing.

Temperature Changes by the Depth

Already at a depth of 4 m, the temperature approaches the optimum and stable temperature. Temperature oscillations during the year are reduced to 3.5 ° C (which is within the permissible limits), while a constant and optimum temperature is already reached at a depth of 8 m. The minimum appropriate depth of the ground floor is 4 m, and it can be even smaller when insulated. In the above-ground facilities, the optimal and constant climate is achieved through the use of thermoregulators, insulation, and propulsion energy. This increases investment and operating costs. Thermal insulation and mechanical appliances should be renewed from time to time, cool the rooms in summer, and heat them in winter. On the other hand, due to modern building materials, the new above-ground construction is cheaper, much faster, and allows for easier expansion.

Do you wish to build your own wine cellar? Here is the must-read book before you go into this project.